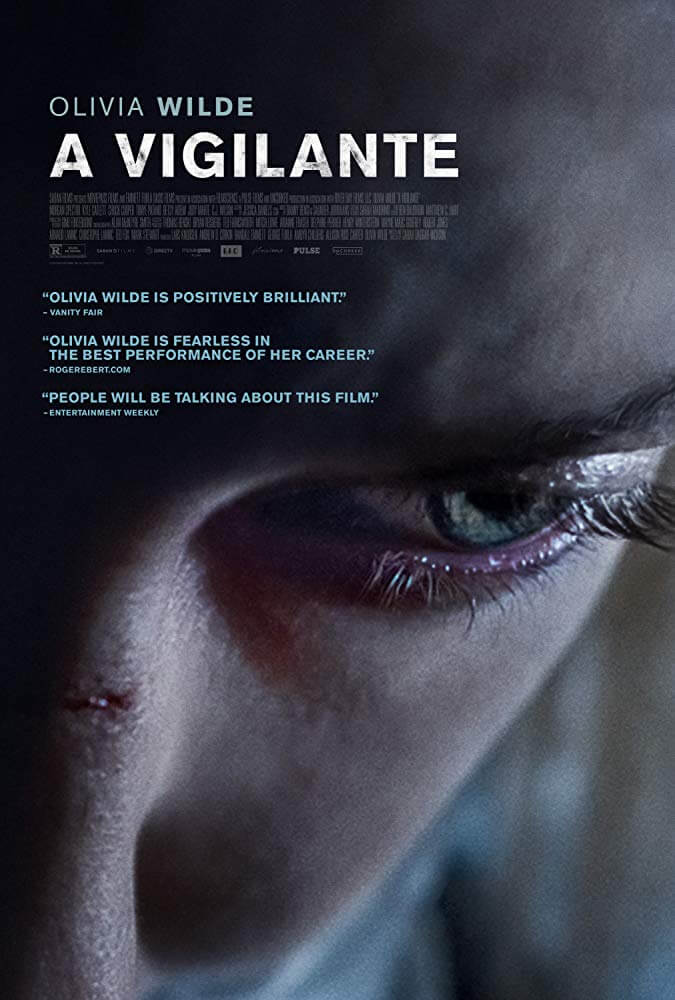 If you’ve got a penis…… HOLY CRAP ARE YOU IN FOR IT NOW!

Nothing with testosterone escapes unmutilated in today’s red-hot revenge genre. A pair of new movies – A Vigilante, starring Olivia Wilde and directed by Sarah Daggar-Nickson, and Ma, starring Octavia Spencer and directed by Tate Taylor — all but make being male a war crime, punishable by…. well, how twisted is your imagination?

Let’s begin with a trope inventory, shall we?

First, A Vigilante, in which former House hottie Wilde’s Sadie is a renegade feminist on a mission to rescue women and kids from masculinity more toxic than Love Canal.

–      Being forced to give a woman your money and worldly possessions? Check!

–      Breaking a wife’s arm and hunting her in the snow? Check and double-check!

In reviewing the film, venerable critic Rex Reed asks the obvious: “Why are the men so weak? Why do they allow their heads to be bashed in with boards?”

Here’s the answer: It’s liberal Hollywood in the 21st century, Rex — did you really need me to point that out?

–      Bind an old boyfriend and play with his genitals before (spoiler alert) hacking them off? Check!

–      Killling police officers when they have the bad taste to try and interfere? Check once again!

Somehow this is a genre on the rise because, do I even need to say it, men have it coming, don’t they? Well don’t they? WHO’S WITH ME ON THIS, LADIES?!?!?!

Several of my movie reviewer colleagues felt similarly. Richard Brody of the New Yorker, in analyzing Ma, pointed out that “There’s nothing but the immediate mechanics of the plot and a straightforward stoking of revulsion, fear, and gratification.”

Not exactly a rave.

Jack King of One Room With A View said Octavia Spencer’s effort in the starring role “is undermined by Ma’s wildly inconsistent tone, one-dimensional character writing, and a terribly paced finale of cringeworthy body horror, a sequence which feels like an entirely different film in itself.”

And Reed, who has been reviewing movies since the Earth first began to cool, lamented: “During every savage attack, the audience laughed uproariously. Is this what we’ve come to?”

Uh, yeah Rex, this is exactly what we’ve come to.

As for A Vigilante, Manohla Dargis of the New York Times wrote, “By the time the story opens, Sadie appears to have been at this vengeance business for some time. She has her routines and her disguises, and a map fixed to the wall… Whether Sadie’s embrace of vengeance is a radical form of therapy, an act of extreme political activism or just a dangerous way to exorcise personal demons remains open to interpretation.”

Is it just me, or does it seem like it’s getting easier all the time – cooler, more badass, more socially acceptable — for women to tee off on men? But c’mon, who cares, it’s just the movies, right?

From www.helpguide.org: “Abuse of men happens far more often than you might expect… As with domestic abuse against women, it can take the form of physical violence, emotional, verbal, or sexual abuse, or any other means that a partner may use to try to control you. As an abused man, you may also face a shortage of resources, a lack of understanding from friends and family, and legal obstacles, especially if trying to gain custody of your children from an abusive mother.”