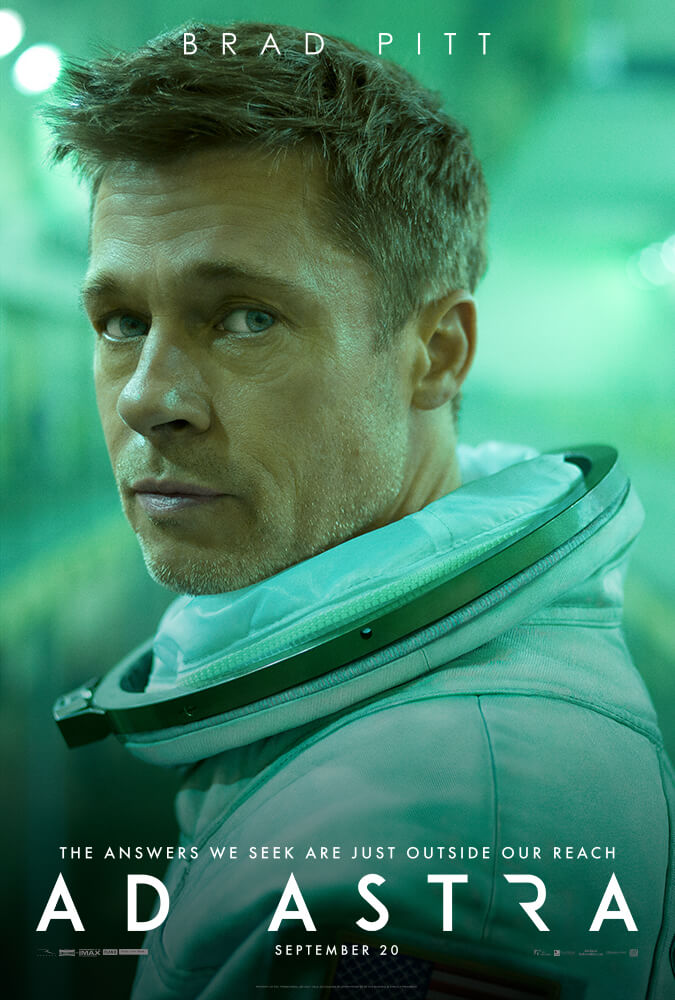 No, not the Kennedys. The musical.

It was a play about striving, reaching, questing.

“To dream the impossible dream.

To fight the unbeatable foe.

To try when your arms are too weary.

To reach the unreachable star.

Well hell, screw all that. You can stop all the striving. Knock off the reaching. And by all means, forget about questing. Why bother?

Instead, just gimme a hug.

Ad Astra — (produced, co-written and directed by James Gray and starring Brad Pitt, Tommy Lee Jones, Ruth Negga, Liv Tyler, and Donald Sutherland) – wants to poo-poo the whole space program thing (and with it, one supposes, President Trump’s nascent Space Force). It’s a movie for Millennials who are sick of hearing from their old-geezer baby boomer parents about the Space Race, Gemini capsules, Tang, something called the Right Stuff, a dead politician named John Glenn, and Neil Armstrong taking “one small step for man, one a giant leap for mankind.”

Why not spend all that money, the Millennials demand to know, on the poor? On illegals? On transgender bathrooms and free gender-reassignment surgery for prison inmates? On free tuition, healthcare and cell phones, reparations, the Green New Deal, welfare, food stamps, and of course (fill in your own hoped-for freebie).

Pitt’s character, astronaut Roy McBride, is following his long-lost father (Jones) into space in hopes of finally bonding (and preventing the destruction of the solar system, yada-yada). Jones was a distant father, you see, putting space exploration and the hope of finding extraterrestrial life ahead of his family. The subtext here is clear: why venture bravely out into the void in order to further the frontiers of human knowledge and possibly save the human race if it means… sniff-sniff…. not being around to toss a baseball back and forth with your emotionally needy son on some summertime field of dreams (oops, wrong movie).

All we can expect from voyaging out into space is bleak disappointment and slow death – or worse, having to pay $125 for a blanket and pillow on the way there. The moon base McBride stops at even resembles a bus terminal at 4 a.m., complete with dingy hallways and fast-food outlets.

Noted David Edelstein of New York Magazine, “I could hardly agree more with the humanist message of Ad Astra, while at the same time my inner Trekkie is saying,

“We came millions of miles for this?”

But spoiled Millennials and an assortment of liberals and snowflakes are asking, “Why do something hard if it means having to turn off the TV, put down my cell phone, get up off my parents’ sofa and deprive deserving murderers, rapists and child molesters of the chance to become women?”

Ad Astra is Latin for “to the stars.” But in Gray’s view, going “to the stars” is about as inspiring and uplifting as Ralph Kramden bellowing, “To the moon, Alice!”

Houston, we have a problem.