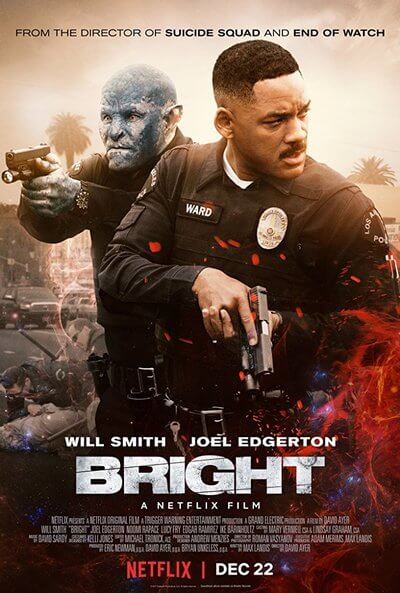 “Bright is a film about racial discrimination and class struggle written by Max Landis, a privileged Hollywood white guy and son of millionaire director…”

You want gritty police drama and conspiratorial intrigue in the grimy back alleys of crime-ridden Los Angeles? You got it. You want sword and sorcery, orcs, elves, magic wands and a Dark Lord secretly making his way toward Earth to kill or subjugate mankind? You got it.

You want some of the absolutely worst movie reviews in the history of the moving image? Well, sadly you’ve got them too, with Netflix’s Bright, a $90-million supposed blockbuster starring Will Smith, Joel Edgerton and Noomi Rapace. 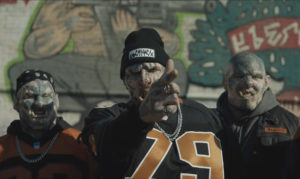 Here’s the story: in addition to humans, modern-day L.A. is peopled with fairies, elves, orcs and assorted magic implements scraped off the cutting-room floor of Lord of the Rings. Elves are the one-percenters, while orcs, intended as avatars for African-Americans, are society’s systemically oppressed underclass. 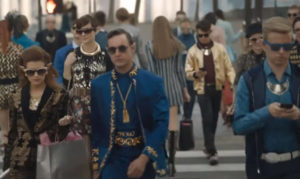 Spoiler alert: no one emerges from this sweaty train wreck looking or feeling much like a winner, least of all Netflix subscribers.

As the plot unfolds, Smith’s world-weary Officer Ward and partner Jakoby the orc find they need to forge a trusting relationship in order to survive the millions of bullets being fired at them. On the run, Ward has an epiphany: that it’s who you are on the inside that really counts. Awkwardly though, when it comes time to show that he believes in the basic goodness of other beings, he demonstrates it by blasting the crap out of four of his fellow officers in cold blood. But of course, they’re only cops, so who really cares?

So what’s the agenda in play here?

Bright is a (verrry) thinly veiled metaphor for America’s racial strife; it begins with Will Smith killing a pesky rodent-like garden sprite with a broom handle and proclaiming, “Fairy lives don’t matter!”

Speaking of political agendas, here’s one for the Unintended Consequences file: Bright is a film about racial discrimination and class struggle written by the aforementioned Max Landis, a privileged Hollywood white guy and son of millionaire director John Landis of National Lampoon’s Animal House, Trading Places, Coming to America, and the 1980’s Thriller music video fame.

What’s that you say — yes, the same Max Landis who has recently been accused by several women of sexual assault. #MeToo.

The Wrap: “Astoundingly bad in virtually every way, Bright shares in common several of the shortcomings of (director David) Ayer’s previous film, including conspicuous evidence of desperate efforts to cobble its under-explained and yet somehow overcomplicated mythology into something coherent.”

Indiewire: “Netflix’s First Blockbuster Is the Worst Movie of 2017; Max Landis and the director of “Suicide Squad” team up for a movie that’s part “Training Day,” part “Lord of the Rings,” and all miserable.”

The Daily Beast: “Netflix’s ‘Bright’ Is a $90 Million Steaming Pile of Orc Sh*t”