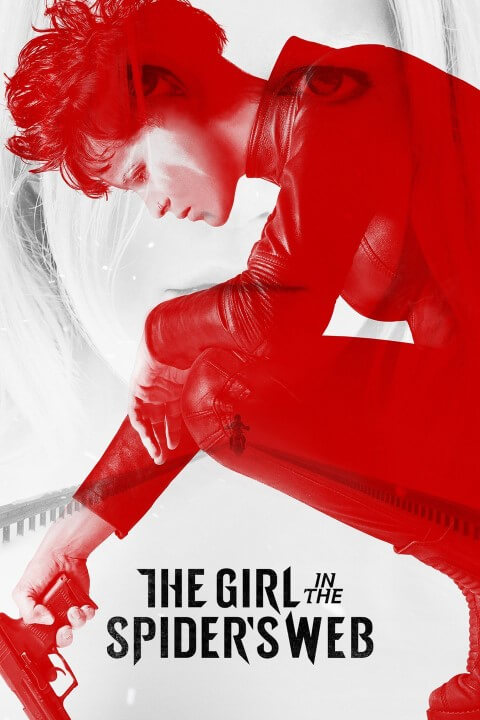 Hey listen — after I finish this review I’ve got to run because I’m looking for women to beat and molest.

Oh, and after that I’m going to spend some time searching for a way to get us into another war.

Okay, okay. I’m not reeeally going to do either of those things. But you’d sure as hell expect me to after watching The Girl in the Spider’s Web.

Now before we even get to the agendas, let’s dispense with the movie itself. We’ve got our main character, Lisbeth Salander (“…the righter of wrongs… the girl who hurts men who hurt women”), electrifyingly portrayed by Mara Rooney in 2011’s The Girl with the Dragon Tattoo. Only now she’s played by Claire Foy, which is fine, but now she’s……. single-handedly beating up a battalion of burly commandos…. and has an evil sister she hasn’t seen since dramatically fleeing their maniacal father as a child……… who just happens to have grown up to be the genius head of a powerful criminal gang…….. that just might be about to unleash a nuclear apocalypse……………

Well-paid movie reviewers (that is, every movie reviewer except me) are also scratching their heads. David Sims of The Atlantic wrote, “Lisbeth Salander saves the day, and she looks cool doing it. But this is a story so slick that she’d be rolling her eyes if she watched it.” And Alistair Ryder of The Digital Fix noted that this film “refuses to have even the slightest bit of fun with the increasingly nonsensical story, chasing prestige respectability and becoming perversely unenjoyable as it lacks the self-awareness to lean in to its overwrought silliness.”

Okay – now let’s begin with the trashing of the male gender which, let’s be honest, is the theme that both undergirds and over-arches all of the Lisbeth Salander stories.

Lisbeth Salander (knocking over a massive statue connected to a rope that winds around the man’s foot and hoists him off the floor upside down): “I’m a fan of yours. A CEO who beat up two prostitutes, but then got acquitted in court yesterday.”

Lisbeth Salander: “And now I’ll be transferring 20% of your bank account to these two girls…”

Wife: “You won’t get away with this, I’m calling Delta Security!”

Needless to add, of course, is that investigative journalist Mikael Blomkvist is still a weenie (as he was in Dragon Tattoo, despite being played by James Bond) who needs to be rescued by our bi-sexual Goth avenger.

And now it’s America’s turn for a spanking. A female Swedish law enforcement official explains to Blomkvist why she’s jumped into bed with the bad guys to get her hands on the aforementioned apocalyptic technology: “Would you rather have that in the hands of the Americans, the nation that never missed a war, or ours, the nation that never went to war?”

Remember the great line that Claude Rains delivers so elegantly at the climactic moment in Casablanca, as gendarmes rush into the airplane hangar to find Major Strasser shot dead on the floor (and as Humphrey Bogart’s life hangs in the balance)?

“Round up the usual suspects.”

That’s what The Girl in the Spider’s Web does. The usual suspects of course, as always, being men and Americans. In that, it is a movie of its era.

Not a particularly intelligent era.