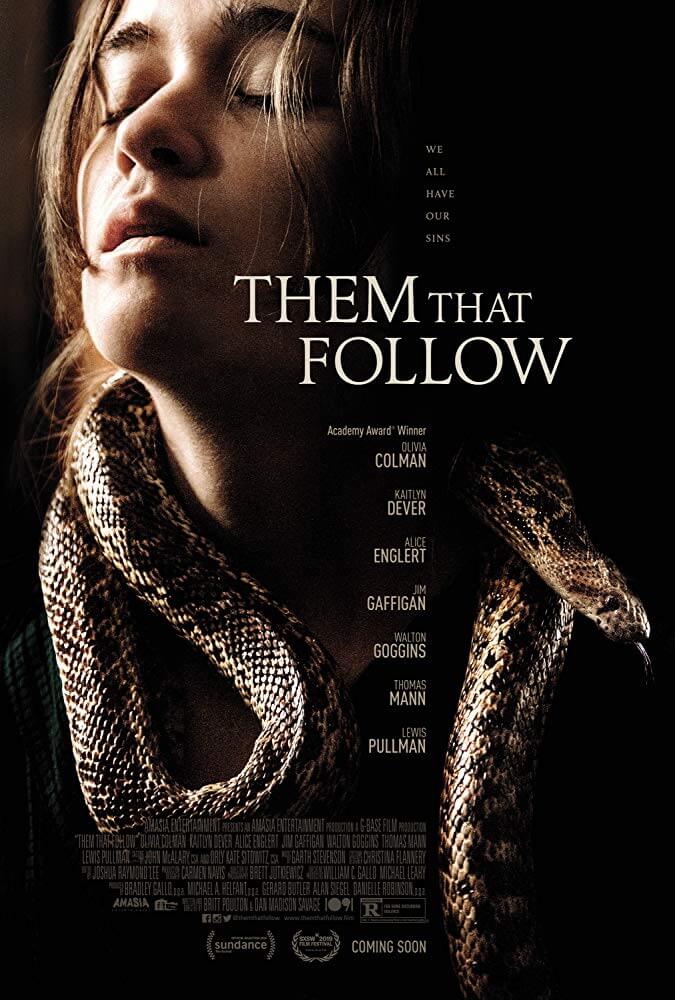 Richard Dawkins — English ethologist, evolutionary biologist, author, emeritus fellow of New College, Oxford, one-time University of Oxford’s Professor for Public Understanding of Science and avowed uber-atheist – is not a religious guy. As he told the American Humanist Association in accepting its Humanist of the Year award in 1996,

“It is fashionable to wax apocalyptic about the threat to humanity posed by the AIDS virus, ‘mad cow’ disease and many others, but I think a case can be made that faith is one of the world’s great evils, comparable to the smallpox virus but harder to eradicate.”

Yes, quiche-eating California movie makers also look down, and I mean waaay down, on religion – tough to party with fellow unrestrained hedonists if you don’t — which helps explain the agenda tucked neatly inside Them That Follow.

Hollywood types are far too hip and enlightened for anything as jejune as faith, God help us.

Pastor Lemuel Childs (played by the wonderfully oily Walton Goggins) runs God’s neighborhood franchise. His dutiful daughter Mara (Alice Englert) loves the local rebel but is expected to marry the true believer, then – OOPS! – turns up pregnant. So, which way does she go? Heart or family expectation? God or gonads? Or is she even afforded a choice?

Naturally, daddy the pastor sees the unfolding cataclysm as the work of… c’mon, you know who….. think horns, hooves, pitchfork, yeah, that’s right. In fact, for these people, Satan is the answer for everything that goes askew. And when the Prince of Darkness gets rambunctious, out come the snakes.

The PR people claim the film deals with religious “zealotry,” but we all know that one need not hang a sssssssslithering reptile around his neck to be accused of religious zealotry. Any Jew who won’t walk into a McDonald’s or flip a light switch on Friday night is viewed in the same light. Or reflect on how Vice President Mike Pence was ridiculed and mocked by the Superior Class simply for saying he preferred not to be alone with a woman other than his wife.

Snatches of dialogue clearly illustrate Hollywood’s respect and tolerance(!) for religious folk: “There are limits to what I’ll let you do to me… The serpent will purify you; the serpent will cleanse you… You could burn for this!” In an interview, co-star Jim Gaffigan claims to have been “fascinated with how it portrayed this community in not an insulting why. Sometimes when we deal with communities of faith it’s so easy to characterize them as idiots.”

According to the Sundance Review, the film is a “portrait of a community that values God over medicine and believes women should be subservient to men…” The Atlantic called it:

“a lazy portrait of religious fanaticism.”

“ultimately offers a potent look at the ways fanaticism can poison the actions of even inherently decent people.”

Matthew Lickona of San Diego Reader (and boy, do Californians know about self-destructive obsessions) notes that the snakes “serve a fine cinematic purpose: visual proofs of invisible things: faith, forgiveness, and the danger to self that makes it “a fearful thing to fall into the hands of the living God.” And Martha K. Baker of KDHX in St. Louis) warns theater-goers to “expect to be illuminated about a part of American culture caught in Christian cul-de-sacs of cruelty toward women.”

If you’re too young to remember Maude, allow me refresh your memory: “God’ll get you for that!”