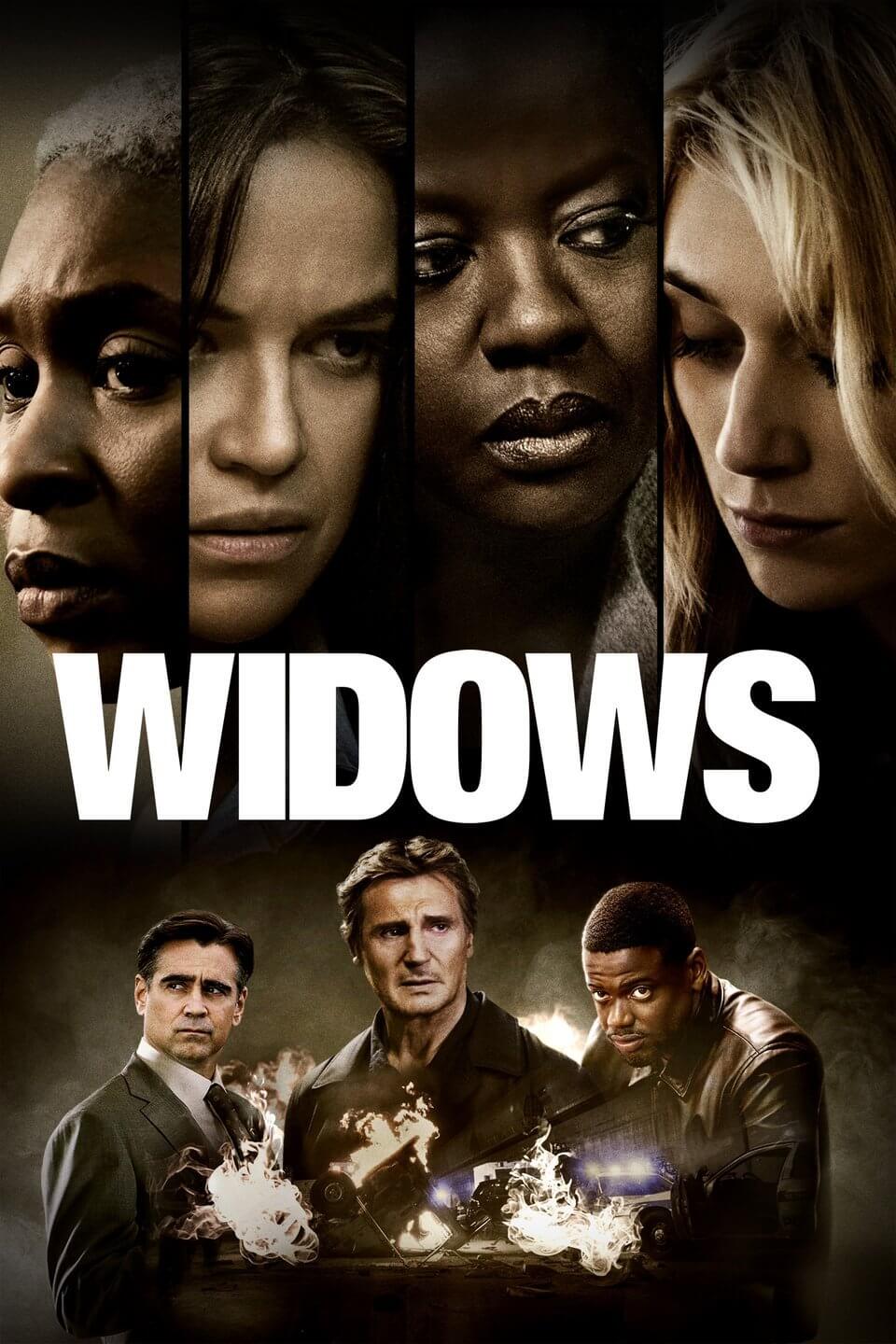 Back in the ‘80s I worked in midtown Manhattan, and frequently there was this pedal-to-the-metal feminist with a card table set up on the sidewalk festooned with posters and literature about how men treat women like meat, and that all dating is rape. Not content with that, she would defiantly and stridently chant — loud enough, mind you, to be heard over traffic noise, horns honking, police sirens, bike messengers, jackhammers, subway rumblings, squeaky brakes, grinding tires, blaring radios, food vendors, street hawkers and shouting pedestrians — “No dicks! No dicks! No dicks!….”

Of course I’m not making this up. How could I?

Fast forward to today, and a pair of films – Widows, released in 2018, and The Kitchen, coming this September – that also make it abundantly clear that those from the XY chromosome side of the street have somehow been short-sheeted by Mother Nature.

Widows, directed by Steve McQueen (no, not the dead one) and starring Viola Davis, Michelle Rodriguez, Colin Farrell and pair of biggies — Robert Duvall and Liam Neeson — in need of new representation, follows the exploits of several women who try to pull off a heist after their low-life hubbies (anyone ever ask why these women married low-life criminals in the first place?) get themselves killed during a botched job.

There are the obligatory shootings, car chases, betrayals, murder and mayhem, of course – “You’ve come a long way, baby!” — and naturally the women succeed where their husbands failed.

In a piece last August titled “Male bashing: America’s favorite pastime,” the Baltimore Sun hit the bullseye: “Attacking blacks is racism, attacking women is sexism, but attacking men is consciousness-raising or comedy or both. While public criticism of women is taboo, public denigration of men is a major industry in this country. Male bashing is entertaining, lucrative, and can earn its practitioners millions of followers on social media.”

As for The Kitchen, it is adapted from the graphic novel by Ollie Masters and Ming Doyle. A bunch of New York’s Irish mobsters are packed off to jail, leaving their wives — Melissa McCarthy, Tiffany Haddish and Elisabeth Moss — to take their places. I yearn for the good old days when women claimed to be morally superior to men.

Director Andrea Berloff, who formerly channeled William Shakespeare by writing the screenplay for Straight Outta Compton, said in an interview with Total Film magazine, “There’s no African-American character in the novel. But having just come off Straight Outta Compton, I felt strongly that I didn’t want to write a movie about three white women.”

Lovely sentiment. Now try reversing it: “I felt strongly that I didn’t want to write a movie about three black women.” Clank/clunk/crash!!

Over on the Left, racism’s not so bad. Check out this October 28 blast of truth from USA Today,headlined “White men are now the Democratic Party’s punching bag. That’s a dangerous bet to make”: “As you’ve probably noticed, bashing straight white men, especially of the conservative kind, is very fashionable these days. You seemingly can’t escape it — you switch on cable TV, or The View, read The Washington Postor The New York Times, and see liberal pundits verbally attack white men for this or that. It’s become often enough that it is seemingly now normal to just casually attack a broad group of the country’s citizens. And sometimes race is inserted gratuitously even when it isn’t an issue, like during the Brett Kavanaugh hearings: the Republican senators on the Judiciary Committee were attacked as old white men.”

Does women’s self-esteem really depend on bashing and belittling men? Showing they can be better criminals? That they can succeed at scumbaggery where men fail?