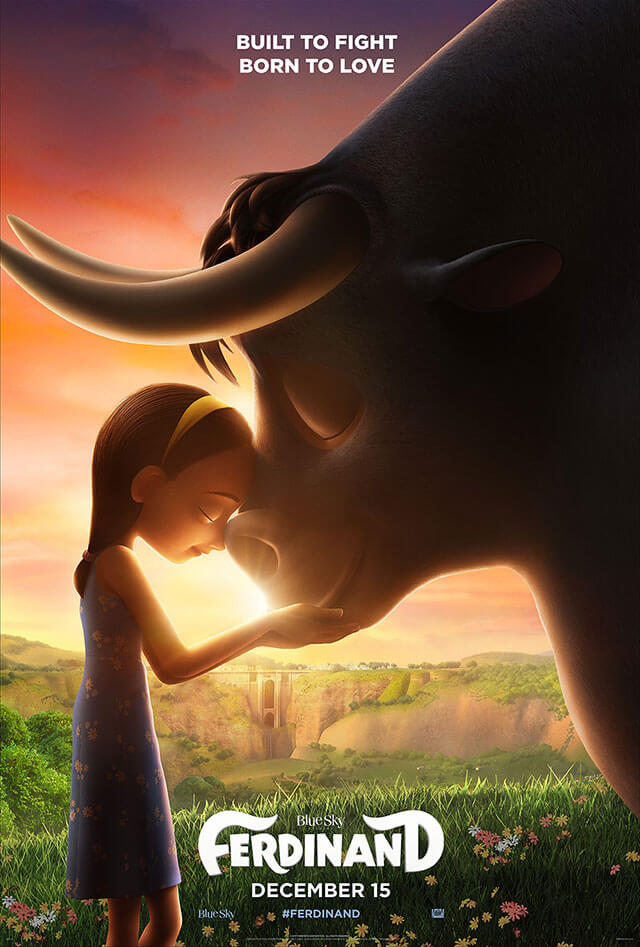 The word “update” is swiftly becoming Hollywood-speak for “hot mess.” From Noah to A Wrinkle in Time, it’s in vogue to paste modern social-justice messages into classics, sacrificing the elements that made the stories endearing in the first place. Blue Sky’s 2017 animated film Ferdinand is no exception.

A Problem of Boys and Bulls

In Ferdinand, real issues are correlated with masculinity, as opposed to being wrongs independent of gender. Every situation in the movie is relentlessly tied to toxic masculinity.

This echoes the current societal message that a man who in any way expresses masculinity is inherently evil. Instead of men who behave badly being individual villains, they are symptomatic of the larger problem: the toxicity of maleness.

What makes this film so disturbing is that because very real issues like bullying, abuse, and animal cruelty are equated with manliness, children are left to draw the conclusion that being male is what causes negative behaviors, rather than the behaviors simply being bad regardless of gender.

Be As I Say, Not As You Are

The absurd thing is that Ferdinand is celebrated for being true to himself at the same time that he teaches those around him reject their own identities. In the original 1936 book by Munro Leaf, Ferdinand was content to sniff his flowers while the other bulls butted heads in the yard. Live and let live; there are many ways to be a bull.

The 21st century Ferdinand, on the other hand, acts as a great savior by enlightening others that they can be “more than just a set of horns.” He knows best how to be a bull.

In the movie, gentle Ferdinand is raised in a den of destructive masculine values, where brawn is rewarded above sensitivity. Ferdinand manages to escape the corruption of his birthplace, finding a utopian environment in the house of a little girl who lets him be the family dog.

A series of misunderstandings, however, lead Ferdinand right back to his original home where his pacifism transforms the most hardened bulls. His peaceful ways melt the hearts of the spectators as well as the matador, and everyone lives happily ever after, never needing to fight again.

In true SJW fashion, this Ferdinand is applauded for not denying who he is because his nature conforms to the currently accepted male behavior, while the rest of the bulls are penalized for wanting to do the exact same thing. He is the epitome of today’s liberal spirit: love who you were born to be… unless you had the misfortune of being born a heterosexual male.

The Book that Hitler Burned

From the beginning, Ferdinand has been a contentious book. Published just after the start of the Spanish Civil War, adults were divided on the deeper message. Was it pro-war propaganda? A communist manifesto? Democratic declaration? The last is how Hitler read it and he had the book banned and burned, as did Spain’s Franco.

Children don’t really care about our politics, though. They just want a good story, and for eighty years Ferdinand delivered just that. Unfortunately, instead of looking to their target audience for direction, the directors of Ferdinand clearly followed Hitler’s lead and decided to read their own agenda into the classic. Instead of clever, age-appropriate humor, young viewers of Ferdinand are bludgeoned with the evils of toxic masculinity.

There is none. There’s little that’s funny to take away from this film. The clever tongue-in-cheek wit of the book is replaced by frenzied action that does little to differentiate it from all the other high-octane children’s movies out there. Without the humor, all that’s left is a sad, damning message for children watching: boys just can’t be boys.

It’s a pity the screenwriters didn’t give Ferdinand what he really wanted: to be left alone.